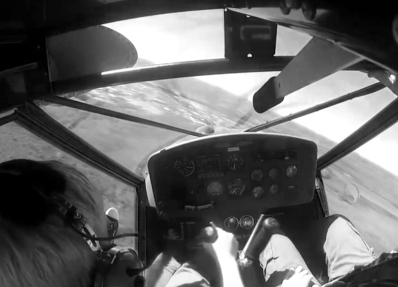 Here’s one which will always stir up some discussion – “there’s no such thing as a stall caused by turning downwind”.

It is common among pilots, even experienced pilots (and even the UK’s CAA and USA’s NTSB believe it or not) to refer to accidents caused by a downwind turn and the ‘increasing tailwind component’ in such turns.

It goes like this: the aircraft takes off into 15 knot head wind and makes a 180-degree turn downwind. If it turns quickly, the 15 knot headwind has ‘suddenly’ turned into a 15 knot tailwind, a difference of 30 knots, so the aircraft has to be accelerated to maintain flying speed or it will stall as it turns.

In reality this is complete rubbish and totally ignores the fundamental fact that the aircraft flying speed is a function of its speed through the air, not of its ground speed.

Better aviation minds than mine have written about this subject and explained the physics in depth, so I’m not aiming to repeat it all here. Enough to say that the aircraft is moving in its medium, like a boat on a river or even a passenger on a train. If you walk up and down inside a train, you don’t notice any acceleration or deceleration – because there isn’t any. It’s the same with an aircraft in the air.

If there are any demons in turning downwind, they are the same as for any other turn: reduced lift due to bank angle, reduced airspeed due to the pilot inadvertently pulling back on the stick, etc.

Here’s an article in Australian Flying magazine which explains it all very clearly: ‘Dragons of the downwind turn’

To prove it for yourself, next time you go flying, look for a bit of wind – maybe 20 knots or so aloft. To re-assure yourself – just in case anything goes wrong – climb up to about 3,000 feet and point yourself into the wind, flying straight & level. Then execute a reasonably rapid – maybe 30 degree bank angle – 180 degree turn down wind. Do it level with the slip ball in the middle and watch the Airspeed Indicator. Stays steady OK? Now repeat and watch the ground speed on the GPS – increases OK? Feel any acceleration?

1 thought on “The myth of the downwind turn – again”