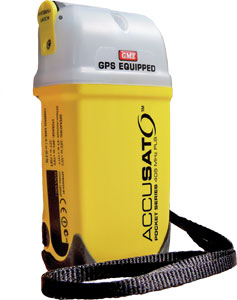 My personal locator beacon (PLB) battery expired recently – not, I hasten to add because I have been using it but because the battery has a finite life (in this case, 7 years), during which it is guaranteed to operate.

The beacon I have is a GME 410G, a superb, small, accurate and relatively inexpensive unit. My initial call to the GME service centre suggested they would change the battery free of charge – “great” I thought, after all, there’s not much aviation that’s free these days….But after trekking all the way there, the service person told me this was only applicable to new units (ie sold recently) not to mine. They would replace the battery for me at a cost – which was actually not much less than the cost of a new unit. And their replacement battery was only warranted a year, whereas the complete new unit has a 7-year warranty.

So buying a new unit became (almost) a no-brainer.

I started to look for a supplier. It soon became clear that aviation stockists charge a higher price than marine stockists. I guess this is because there are more boaties out there than pilots, but the difference between suppliers can be quite substantial. In fact, one marine stockist actually quoted me less than the replacement battery cost from GME – so it pays to shop around.

Overall, though, the coast works out at less than A$45 a year – less than a dollar a week – for legal compliance and at least some peace of mind if you do have to put down in the middle of nowhere. The GPS-equipped GME gives a re-assuring accuracy of around 100 metres.

An important point to remember: your PLB must be registered when new and then re-registered every two years with the AMSA (Australian Maritime Safety Authority) and their sticker applied to it. A CASA contact tells me that out of date PLB stickers are a common issue at ramp checks – remember, you must have a working, registered beacon if you fly more than 25 nautical miles from your base airfield.