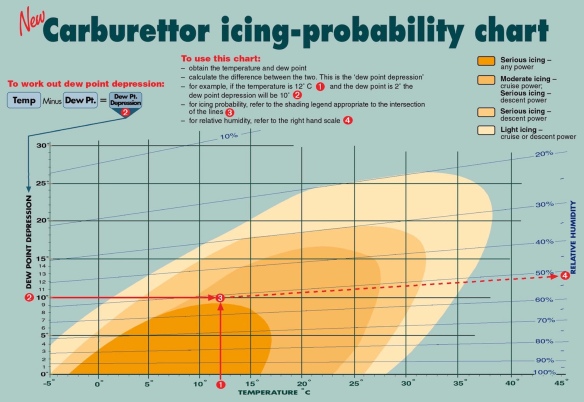 Over the last year, I have received a couple of reports of what was described as ‘fuel vaporisation’ causing rough running in an aircraft with a Rotax 912 series engine.

Intrigued, as there have been no other mentions of ‘fuel vaporistaion’ – let alone actual confirmed reports – in the entire 1,000+ global Aeroprakt fleet, I decided to do some internet and personal investigation on fuel vaporisation and carburettor icing (something which can, in some circumstances, give similar symptoms). As a bit of background, we currently have close to 175 Aeroprakt aircraft operating across Australia, from the searing outback summer temperatures of 45+ celsius to the cooler temperatures of Tasmania in the winter. While occasional carb icing has been reported, never has fuel vaporisation been mentioned…until this last 6-9 months.

Here’s what I found about fuel vaporisation.

Vaporisation typically happens at high ambient temperatures – websites I viewed suggested at 35-40 celsius and above. However, the likelihood of  fuel vaporisation can be affected by a number of factors: mogas vaporises much more easily than avgas; fuel under suction (eg in the line from a tank lower than the pump) will vaporise more easily than fuel under positive pressure (eg in a line from a tank higher than the pump); carburettors without vent lines are more susceptible than those with vent lines like the Rotax engine. The most typical scenario for a vapour lock is when an aircraft with a hot engine after a flight is parked and the temperature in the fuel lines in the engine bay can soar well above 60 or 70 degrees celsius, causing the fuel to boil in the lines in the engine bay – making restarting difficult. In fact, Rotax recommends that for engine bay temperatures over 45 celsius, the fuel lines and carburettors should be ‘cooled’ although they don’t specify exactly how.

It is very unusual (but not impossible) for vaporisation to occur when the engine and fuel lines are relatively cool (eg during a descent) or when cruising or climbing at normal or higher power settings, when there is a good flow of cooling air over the engine and cooler fuel is flowing from the tank(s).

Here’s what I found about carburettor icing.

Carb icing typically but not exclusively occurs at slow cruise or low power/idle throttle settings. It can occur quickly and at surprisingly high temperatures – see the graph above. For example, on descent, there is a ‘serious’ risk of carb icing at temperatures as high as 30 celsius and as low as 35% humidity. Carburettor heat can help prevent icing but once formed, ice can take a while to clear. In fact, descent into warmer air is sometimes just as effective at clearing the ice – provided the engine is still actually running. As with vaporisation, mogas is much more susceptible to carb icing than avgas; fuel with ethanol and/or other additives can be more prone to icing, as the fuel may have absorbed water. Even with carburettor heat, I was trained to warm the engine on longer descents by applying 80%+ power for at least 30 seconds every 1,000 feet of descent – and that’s with avgas, which is much more resistant to icing than mogas.

So, what is the most likely cause of a rough running engine in the following circumstances: icing? Or vapour lock?

After long discussions with the Aeroprakt factory covering the reports which have been made, it is our conclusion that the reports of ‘fuel vaporisation’ causing rough running may have been mistaken for simple carb icing, which is a much more common problem. The prevention of vapour locking and carburettor ice are quite different – a fuel/vapour return line for the former and carb heat for the latter. Although it must be stated clearly that neither solution is guaranteed to be effective in all circumstances.

Some early Aeroprakt aircraft were fitted with fuel return lines, although these have in the past caused problems of their own, with excess fuel pumped overboard due to wrong tank selection. Current ASTM standards for Light Sport Aircraft do not require an excess fuel/vapour return line to be fitted. The Rotax manual, although stating a return line is ‘mandatory’ in one place, actually states that the fuel system is ultimately the responsibility of the aircraft manufacturer. All Aeroprakt aircraft manufactured after February 2015 either have a fuel return line fitted or one can be retro-fitted by owners if required.