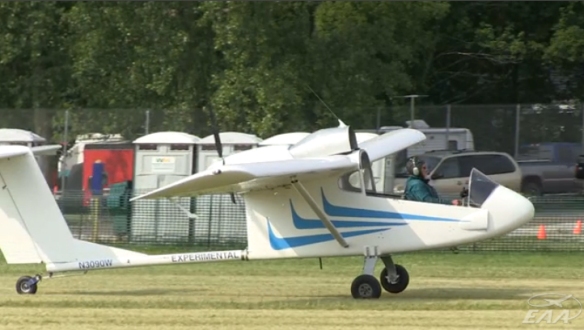 Here’s a short video interview with Andy Corsetti – who flew his Aeroprakt A20 all the way from Florida to Airventure. Click here for the video: Andy Corsetti’s A20

The Aeroprakt A20 was the precursor to the A22 Foxbat. It uses much the same wing but with a tandem 2-seat taildragger pusher prop configuration. Aeroprakt CEO Yuriy Yakovlyev (and his son) won a number of awards over the years in various European Ultralight Championships, flying an A20.

Personally, I really like the A20. I think it would make a great farmer’s aircraft in Australia with its pusher prop up high away from the gravel and stones and a cabin quickly convertible from open to closed through the addition of different canopies/screens.